The on-and-off Sean Kingston concert in Kampala is turning out to be a serious disturbance to local artistes and many show organisers.
More than five local artistes have had to move their launch dates for more than once due to the Kingston saga as they fear to put their events on the same weekend as the international stars’ show, which has been in the balance ever since he was involved in a nasty jet sky accident.
Iryn Namubiru seems to be the most affected artiste because this is her third time to change. Her manager Thaddeus Mubiru told us that the original date for Namubiru’s Birowozo launch was July 29 but they moved it to September 16 fearing to collide with Kingston. But Talent Africa and Club Beer have since moved the Kingston concert to September 16 forcing Namubiru to settle for October 14.
Meanwhile, Coco Finger is still trying to locate a new date in October for his Party Animal concert. His manager Emma Carlos Mulondo told us that their plan is to hold their concert right after Sean Kingston. Coco was due to hold the concert in August but Kingston’s shift in date means he does too.
Meanwhile, Jose Chameleone seems unshaken and he is set to hold his on September 2. His manager Sam Mukasa said, “We can change because someone else is wandering through dates.”
Posted by Raf at 6:28 AM 11 comments: 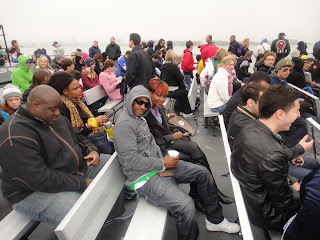 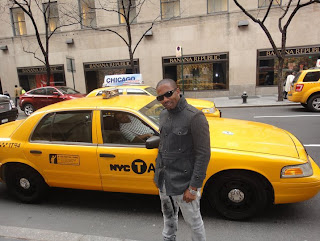 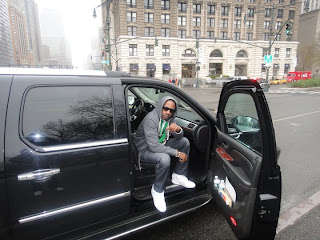 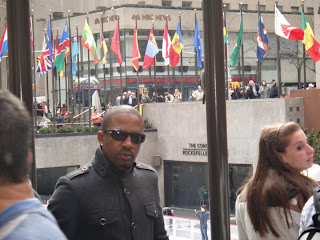 When us ordinary mortals desire a respite, we think of Aero Beach, Lido and the likes but Moneybags Meddie Ssentongo is definitely not our class; he goes to the US.
The flamboyant chap has lined up a two-week work-holiday in Uncle Sam’s land stating that he “needed a short break” off the social scene in Uganda.
We managed to get hold of him after landing in New York this week and he also mentioned doing business in the states.
“I’m here to rest, to oversee my businesses here and also shop for new equipment for my construction company Electrolax General Contractors,” he said adding that he will also attend a conference in Los Angeles where he is set to meet donors who will contribute to his charity project Mutima Gwa Gwanga.
“There are so many people willing to help or even invest in Uganda but they don’t have anyone to talk to and encourage them,” he said. “I’m here to connect Uganda to these people. My goal has and will always remain helping Ugandans, especially the youth to develop.”
Meanwhile, we also managed to get some of Meddie’s pictures in New York as he chilled with his business associates.
Posted by Raf at 8:38 AM 1 comment: 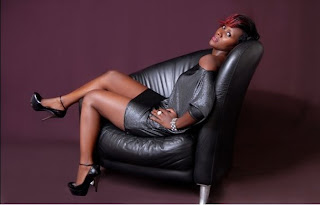 Desire Luzinda must be having black spots on her knees and ankles; she spent weeks on her knees praying for Al-Haji Nasser Ntege Sebaggala when he was admitted at IHK with food poisoning.
The Nnina Omwami singer spilt the beans to us as we engaged her into a candid conversation over the weekend on the CELEB SHED show on UBC TV.
“I prayed day and night, every day,” she said with a beaming smile. “He is fine now and now I know prayers worked.”
But Desire said she never went to the hospital though.
“I would so much wanted to be by his side at the hospital bed but paparazzi,” she added. “I know, if my picture at the bedside was published the whole story would have changed from him being hospitalized to something else – and I wasn’t just ready to draw that kind of attention.”
Desire had maintained her statement that she is “just” good friends with the outgoing mayor although highlighting the fact that they both share a lot.
You understand!
Posted by Raf at 8:35 AM 3 comments: 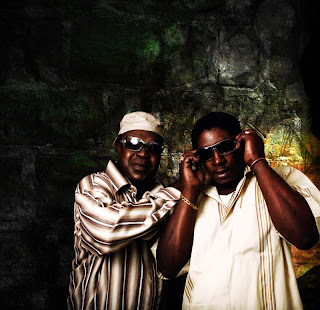 Bebe Cool insists the Chaka Demus and Pliers show is still on, only that the date has changed.
The Big Size singer says that the Jamaican legendary duo will perform in Kampala on Christmas Day. He says that the pair’s trip to Uganda this Easter fell through due to unforeseeable problems stressing that he even has a video clip of Chaka Demus and Pliers explaining and apologising for the change in their Ugandan concert.
Meanwhile, as we speak Bebe has released adverts announcing that the Bend Over singers RDX will be in Kampala on Easter instead. He even has a clip of the “dirty dance” singers promising a wonderful show to Ugandans.
The shows will remain as planned; with one at Resort Beach on Sunday before moving to Kiwatule for the family show on Sunday.
Hands crossed, folks!
Posted by Raf at 8:30 AM No comments: 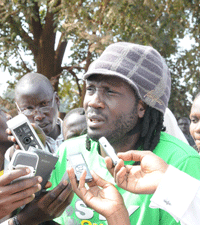 We all know Bebe Cool is the Artiste of the Year this year.
But he wants to make sure we all know how laudable his win is.
Speaking to us through a web chat the self-imposed Titanic Big Size took time out from talking about Zuena’s beauty to the fact that he is number one in Ugandan music. “I’m a Ugandan hero, and I was man y years ago,” he exclaimed. “If you think I’m wrong, look back at the things I have done for Ugandan music.”
Well, yeah, we’re not debating that.
But then the contentious issue here is Bebe asking for a hero’s reception as he returns from the US ahead of his December 4 concert.
He returns on November 22 and he wants as many people to pour by the roadside as he drives from Entebbe to Kampala this Sunday.
“When I think about people like Inzikuru, Gaetano and Kipsiro, I just see my name in the middle there,” added Bebe, “I should be welcomed the same way.”
Good to know, Bebe, good to know.
Posted by Raf at 2:17 AM 1 comment: 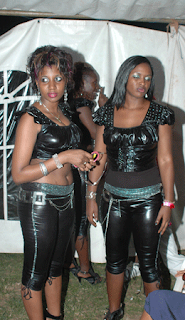 Big congratulations to Chilli Galz.
They have gone and landed themselves a lucrative performance deal with Orange Telecom which will see them do gigs with different other artistes countrywide.
Sure, that doesn’t sound like huge since many artistes have got it before but have you got one?
No?
That is exactly what we’re talking about.
Well, the all-girl group has so far accomplished part of the contract by performing for Orange in Gulu, Arua and four other northern towns and they will soon move to the west and central. The amount paid to them is something our Sherlock at Orange is still looking for but the rumour is that it is big enough.
Congs once again!
Posted by Raf at 1:11 AM No comments: 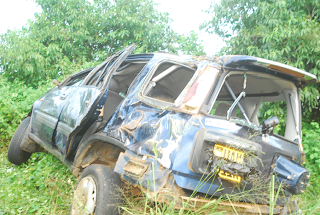 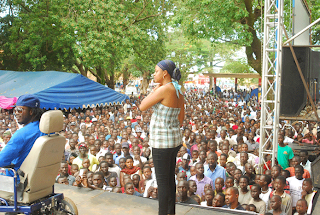 CAPTIONS: Bebe Cool and Zuena's car and the couple peforming in Lira hours before the accident.

Bebe Cool’s recovery from gunshots was yesterday jeopardized after the singer was involved in a nasty accident in Kakooge, Nakasongola on the Kampala–Gulu highway. According to fellow artiste Jose Chameleone, who was driving behind his colleague, Bebe Cool’s car veered off the road after its rear tyre bust. The car was damaged substantially, said Nakasongola Police Station boss Peter Magezi. They were returning from a show in Lira.
“I was driving in front of him but when I branched off to refuel my car, he passed me,” said Chameleone. “Shortly somebody came to our car and told us that our friend had ‘finished off his car’ but I didn’t think it was Bebe Cool. When we rushed to the scene of the accident I found that it was Zuena’s car in accident but we found when they had been taken to a clinic.”
Chameleone told Daily Monitor that Bebe Cool, who was with his wife Zuena Kirema and three other people in the car, was not badly hurt. Zuena, however, was unconscious when they were taken to a local clinic for first aid. “Zuena and Bebe’s bouncer were seriously hurt,” said Chameleone. The car, a Honda CRV that Bebe bought Zuena as a present when she returned to his home recently, was smashed beyond repair.
Bebe Cool said, after the accident, that he was not injured but needed to see doctors first.
One of the guys who were in the car with Bebe only identified as Ssiwa told Rafshizzle that the car was not moving fast.
Posted by Raf at 11:49 PM 33 comments: